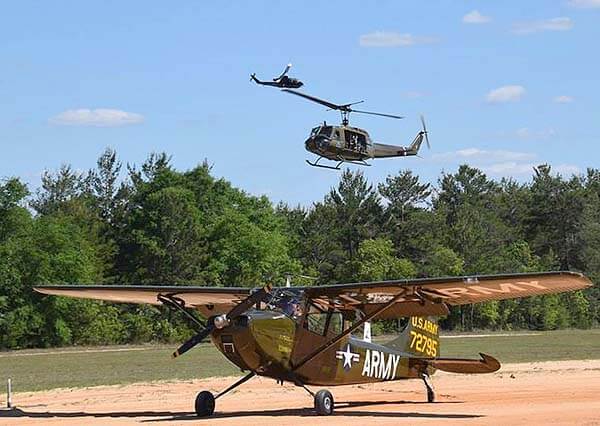 – The Cessna L-19D/O-1 Bird Dog is a liaison and observation aircraft.

– Was the first all-metal fixed-wing aircraft ordered for and by the U.S. Army in the 1940’s.

– Served in the Korean and Vietnam Wars primarily for reconnaissance, target acquisition, artillery adjustment, radio relay, convoy escort, and the forward air control of tactical aircraft to include bombers operating in a tactical role. 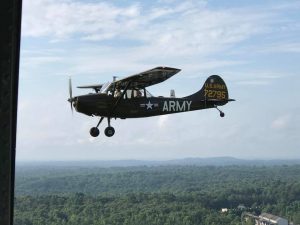 rcraft is on bailment from the U.S. Department of State, Bureau of International Narcotics and Law Enforcement Affairs, Office of Aviation (INL/A) to the Army Aviation Heritage Foundation (AAHF).  INL/A oversees a fleet of airplanes and helicopters in support of counter narcotic, counter terrorism, border security, and law enforcement missions overseas.

Why is it nicknamed “Bird Dog”?

The L-19 received the name Bird Dog as a result of a contest held with Cessna employees to name the aircraft. The winning entry was chosen because the role of the army’s new aircraft was to find the enemy and orbit overhead until artillery (or attack aircraft) could be brought to bear. While flying low and close to the battlefield, the pilot would observe the exploding shells and adjust the fire via his radios, in the manner of a bird dog (gun dog) used by game hunters.